Although I had painted a lot as a teenager and college student, I lapsed for a long period. I returned to it a few years ago and now have three or four canvases on the go at any one time.

I paint for the enjoyment — most of my paintings have been given away, although I've had a couple of commissions too. I've realised during this site build, that I hadn't been taking as many records of my work as I thought. My apologies for the image quality of some of these — they were taken with a phone. Thankfully, I know where everything is, so I'll be able to reshoot them. I'll update the page in due course.

So far, I've been mainly using the grisaille method. This involves painting the image in monochrome initially, then building up the colour in transparent washes. I have some way to go to master the technique. It's a slow process, as you have to wait for the paint to dry between applications. I've switched to alla prima in more recent paintings. 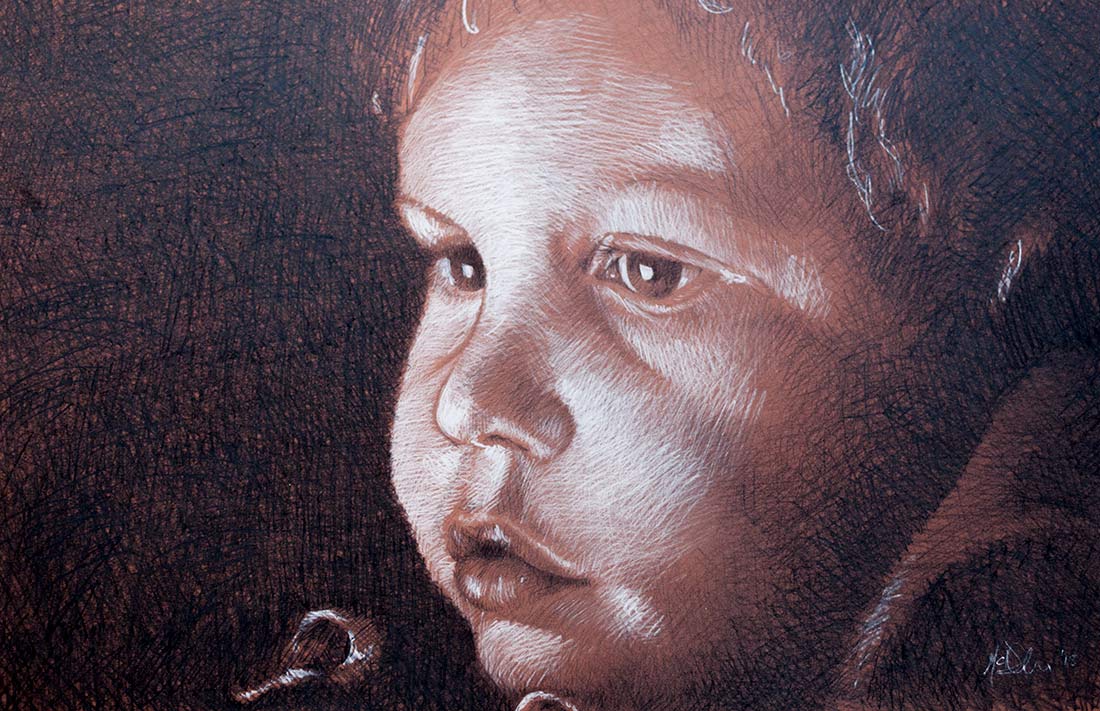 Luke, engrossed with his iPad.
Polychromos on paper. 24 x 16 in. 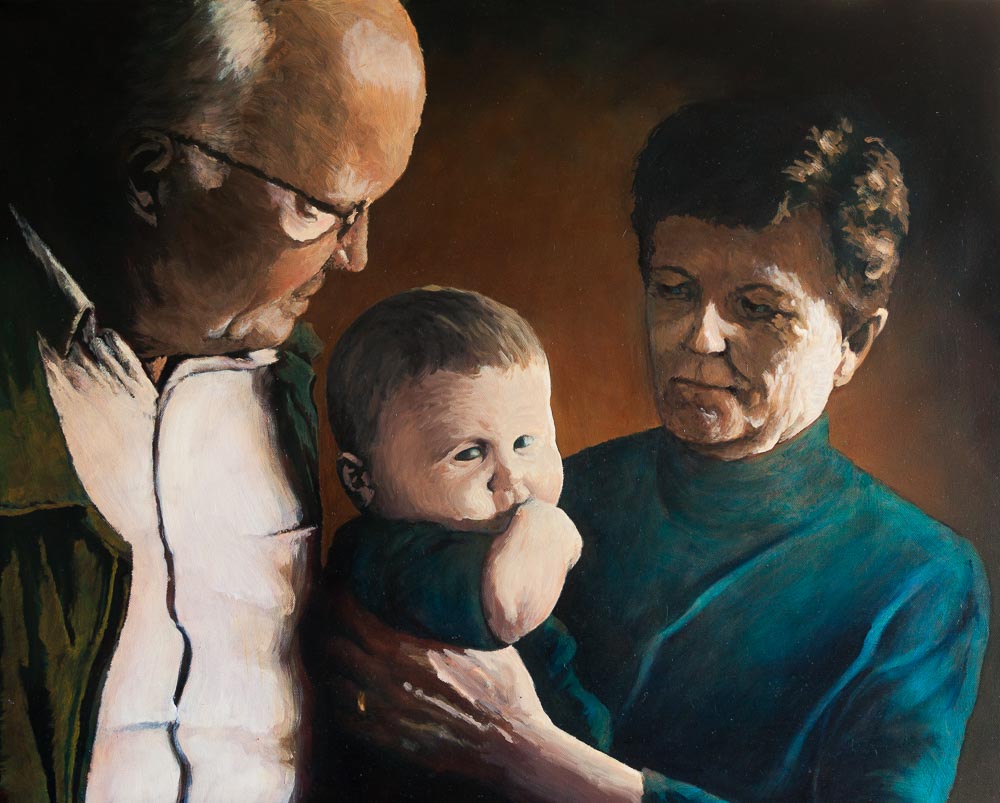 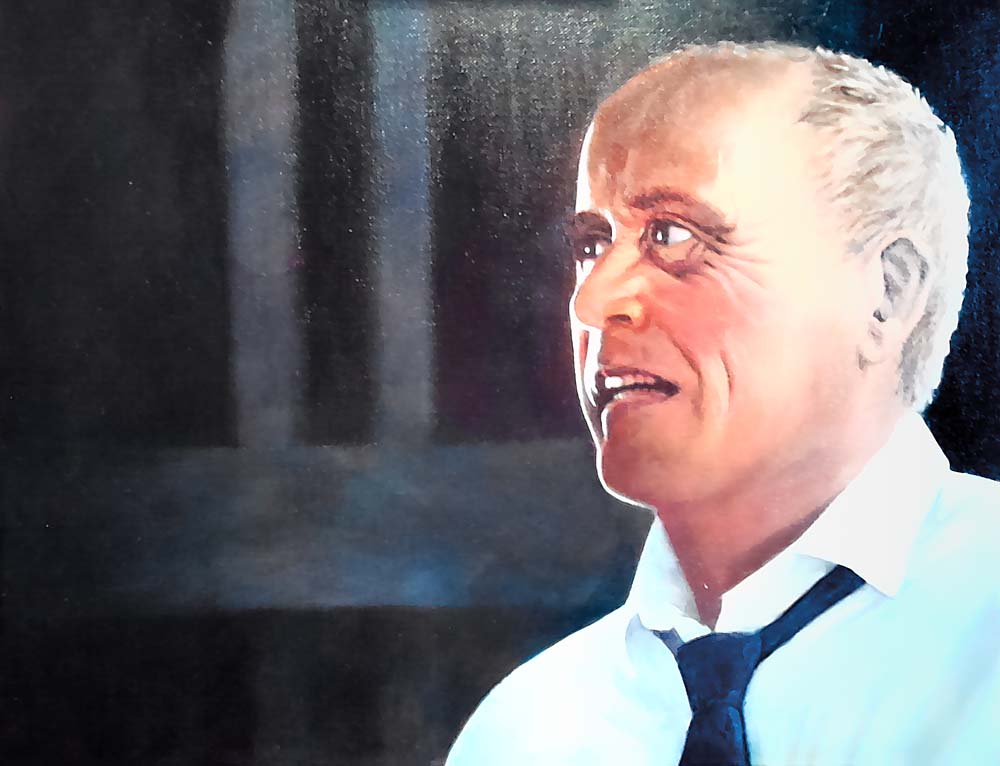 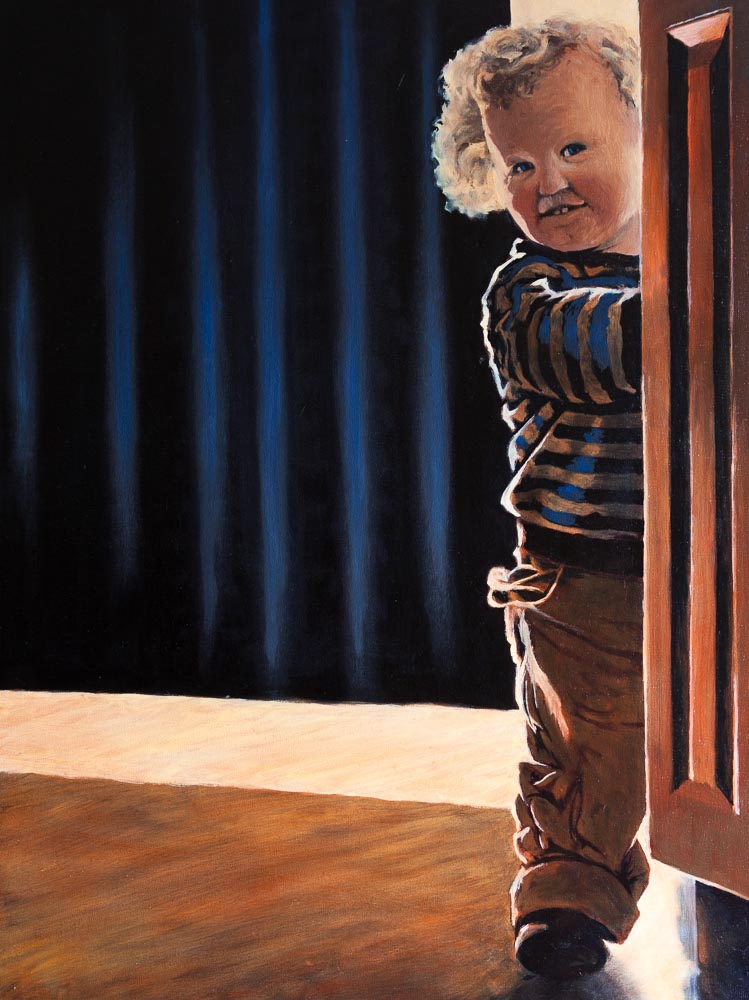 Peeking in the kitchen 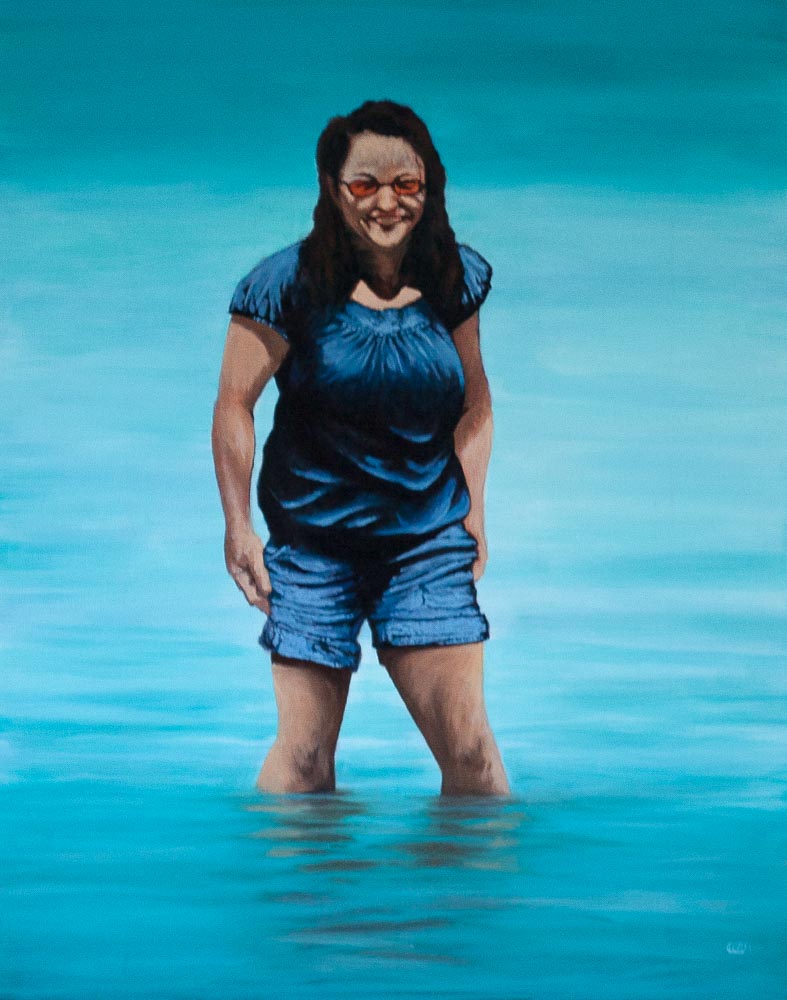 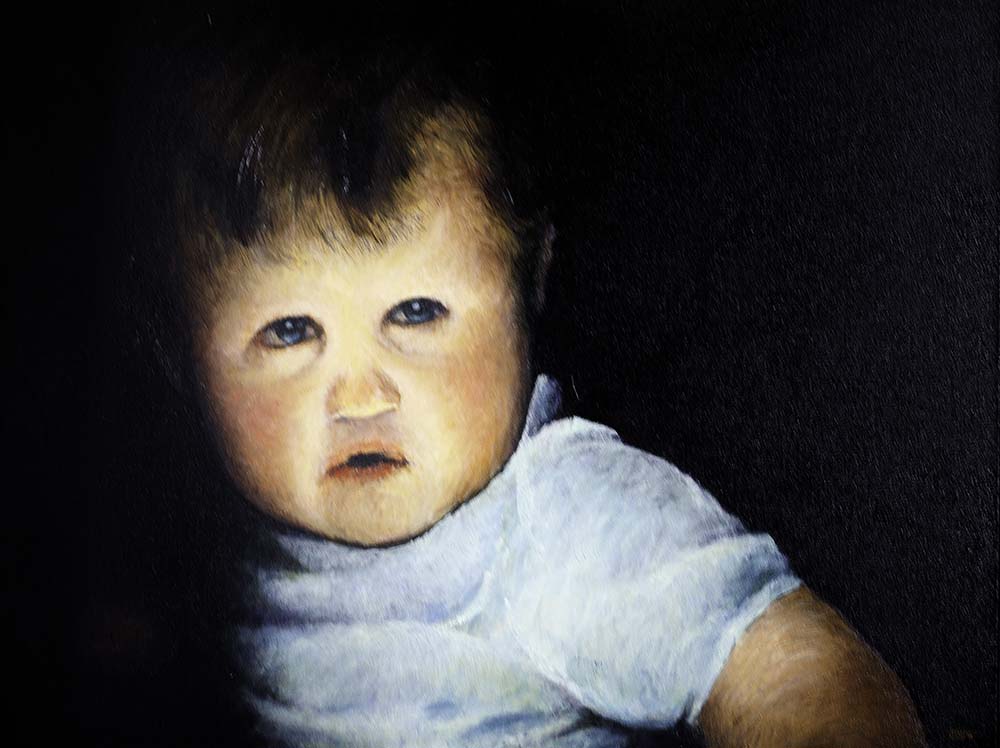