Like many photographers, I started with land and cityscapes. Donegal and the surrounding counties have rich and varied physical features — rugged highlands, hidden glens, dramatic cliffs and golden beaches. In the early days, working primarily in black and white, shooting landscapes taught me a lot about the qualities of light. It was not just the location or composition which produced a satisfying shot, it was the time of day and the quality of the light. That, plus the traditional darkroom techniques of burning skies and dodging shadows, using split contrast filter techniques and the sheer time and attention to detail required to make a good print, have served me well in the change to digital. 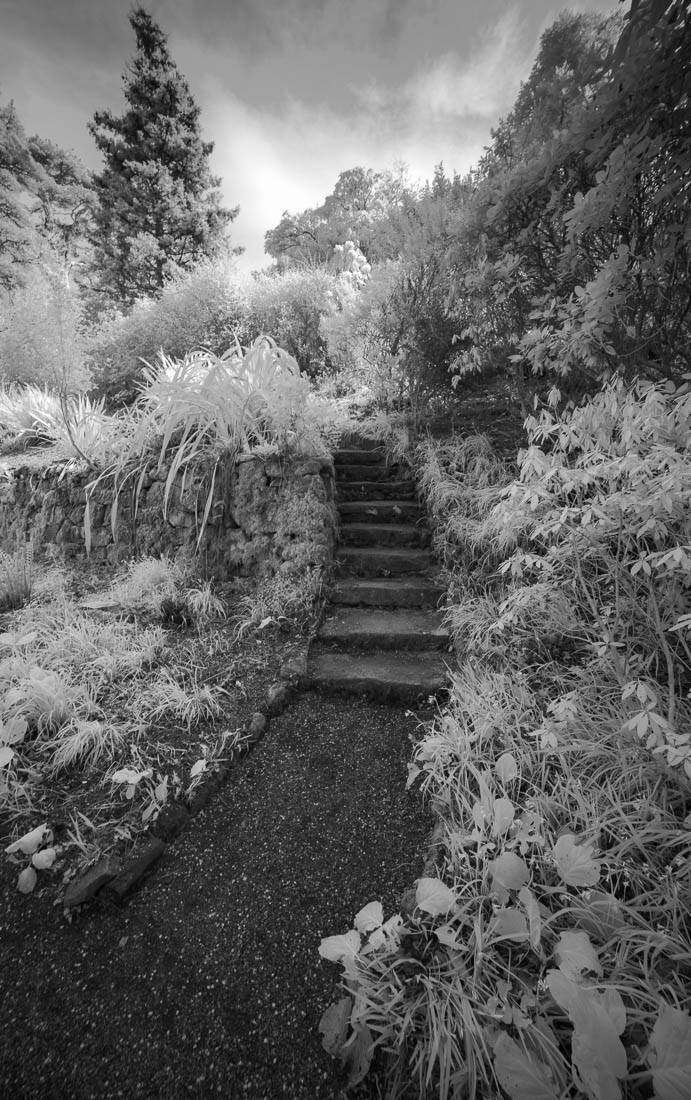 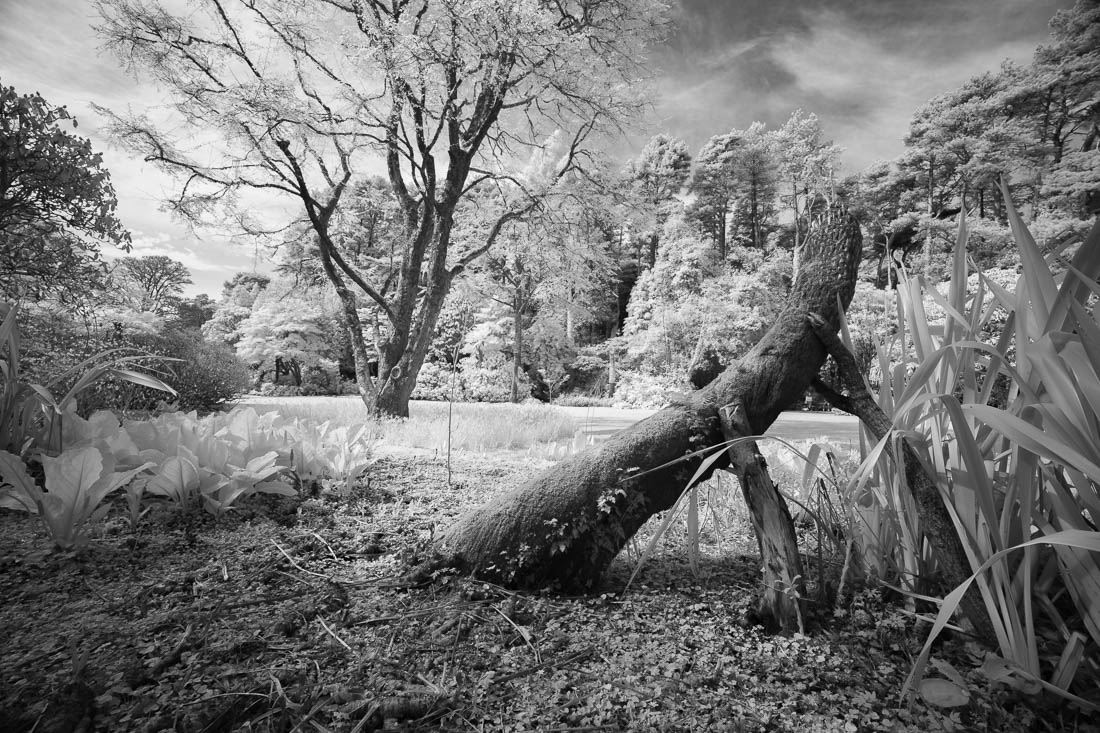 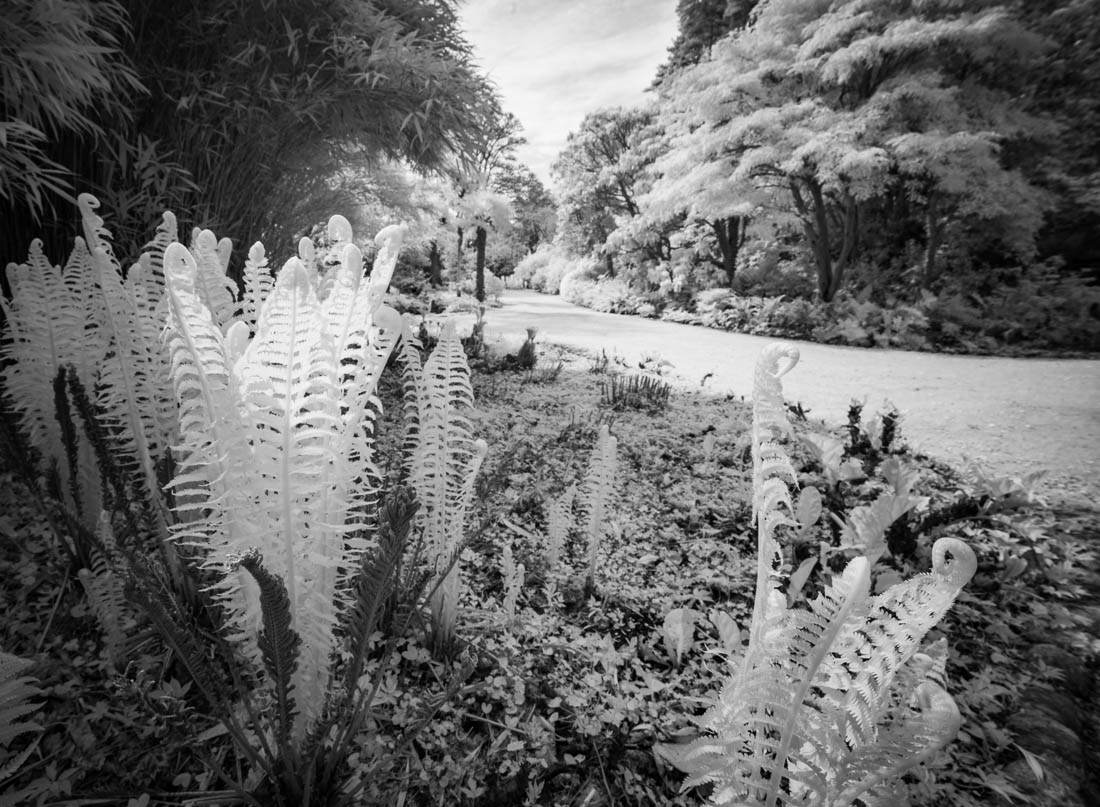 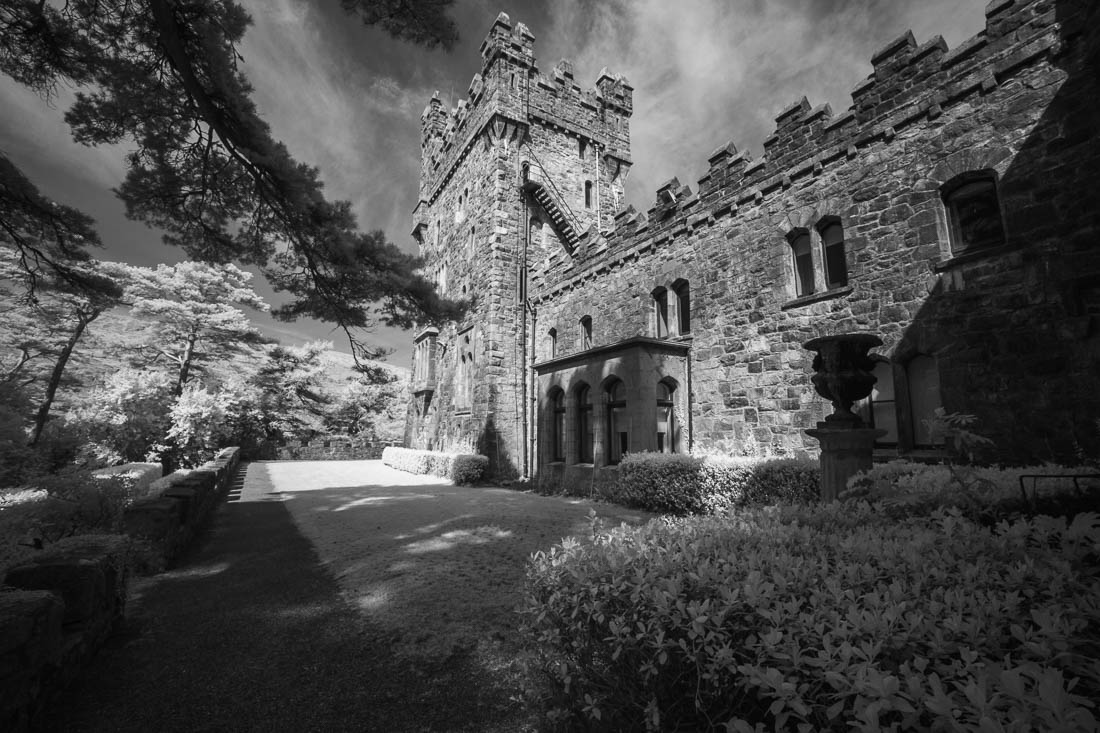 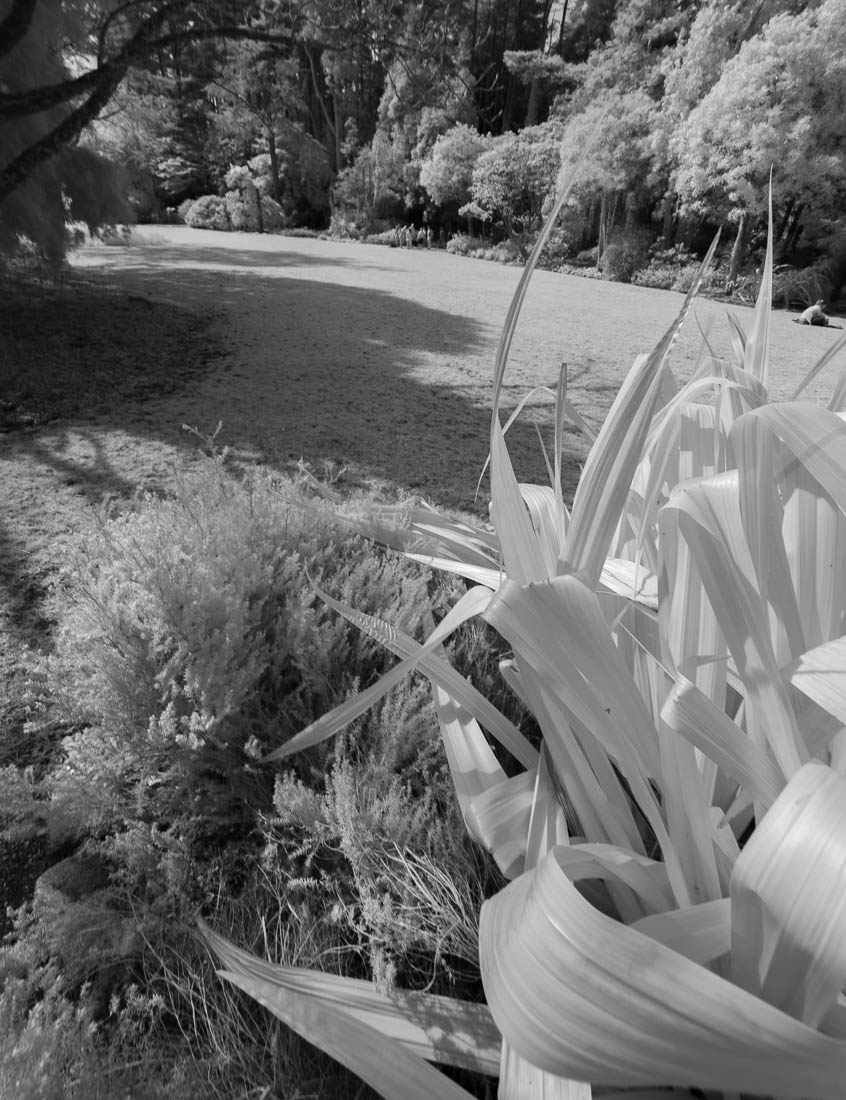 I used to shoot a lot of Infrared in the film days, using Kodak high-speed IR stock (see below). This was nominally rated at 400 ISO and the resulting images were grainy but startling. Foliage and skin glowed eerily and blue skies appeared dark and contrasty. This kind of photography wasn't available to digital photographers until someone realised you could swap internal sensor filters and convert the camera to IR. I picked up a 5D conversion on eBay a few months ago, but it's only been in the past few weeks that the weather and vegetation growth has been good enough to give it a decent test.

Infrared needs fine weather to really shine. At this time of year (mid April at the time of shooting) there is plenty of spring growth. Combine this with some dappled direct sunlight and you'll find conditions perfect for shooting IR.

The Camera: The Canon 5D (my old main camera was a 5D) is a solid performer. I bought the conversion from a seller on eBay whom I'd previously bought from. It has a 21MP sensor giving a 5616 x 3744 pixel resolution. You need to set a custom white balance when shooting IR (usually using an image of skin, grass or foliage taken in situ) and doing this was easy thanks to my familiarity with the camera meant that the setup was very straightforward. The images produced (those in focus anyway), were slightly noisier than full colour images would have been, but were finer than the images taken with Kodak film.

The Lens: Samyang (also sold as Rokinon and Bower) make a series of prime lenses for both photography and cinema cameras. They are typically manual focus and aperture (I forgot about the lack of autofocus for a while when shooting this roll. This one is 14mm f2.8. Many lenses suffer from Infrared hotspots (a brighter spot in the centre of the lens), but I'm happy to say the Samyang isn't one of them. It exposed well, sharply when stopped down. Despite being a 2.8, you need to stop down to 5.6 or 8 to sharpen the edges.

It has quite severe distortion towards the edges, most obviously close forewground elements. It also has an unusual "moustache" distortion whick make it unsuitable for architectural work. Lightroom and Camera Raw have profiles for this lens and the distortions can be minimised for most applications.

Processing: Straight out of the camera, the RAW file look markedly pink. Most infrared shooters recommend swapping the blue and red channels in photoshop, and while this appraoch gives dramatic deep blue skies, for black-and-white. I found I got better results using Lightroom. I used the Black and White conversion and massaged the histogram to get as much dynamic range as possible. 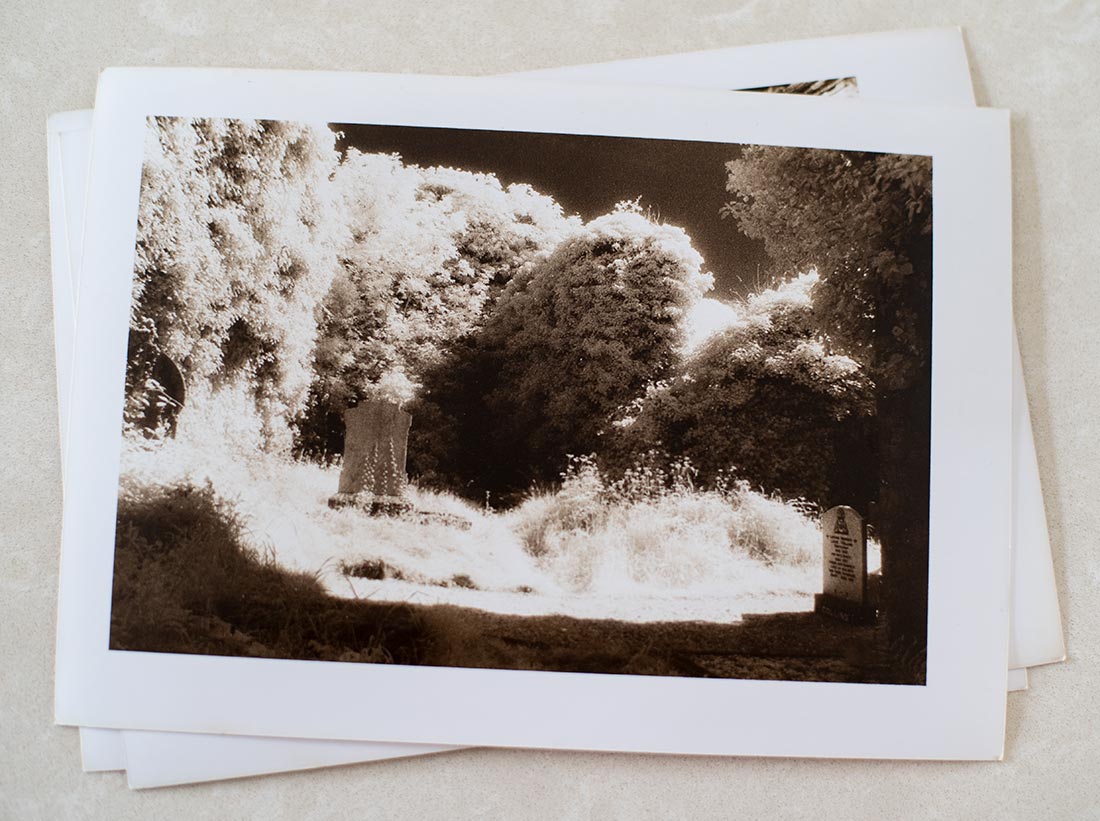 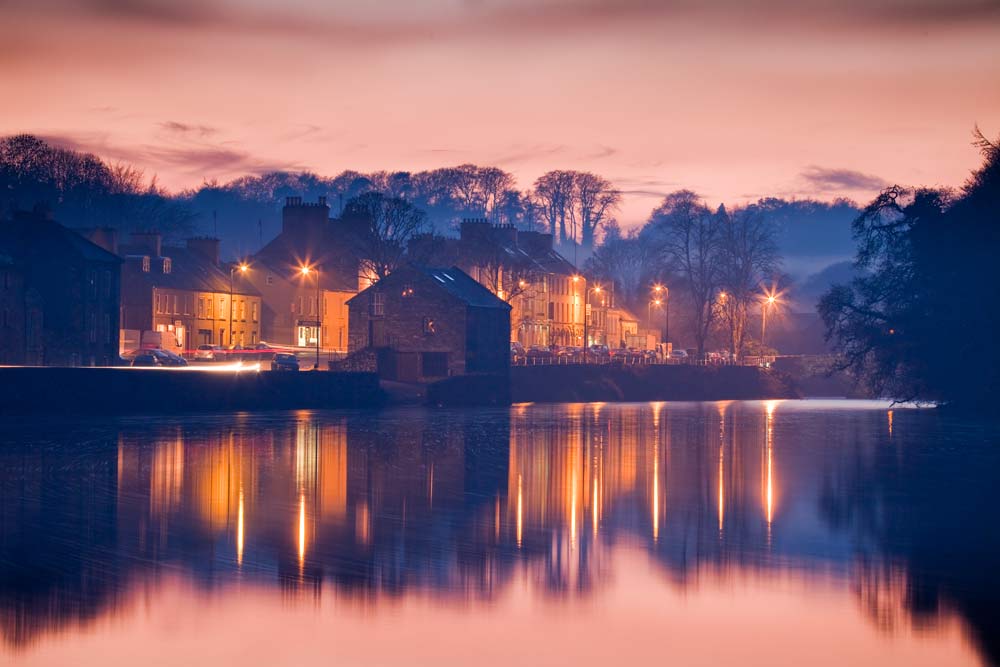 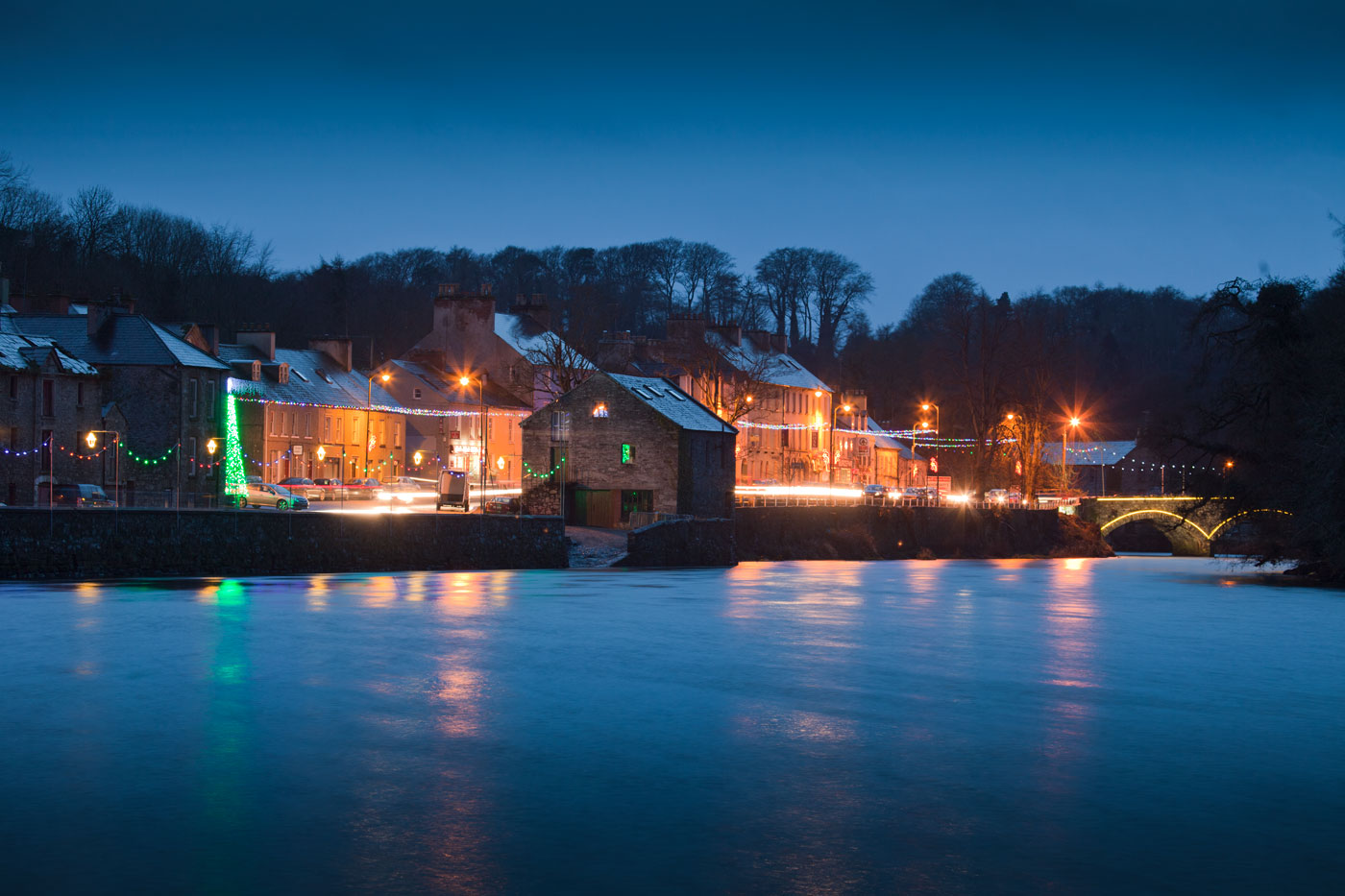 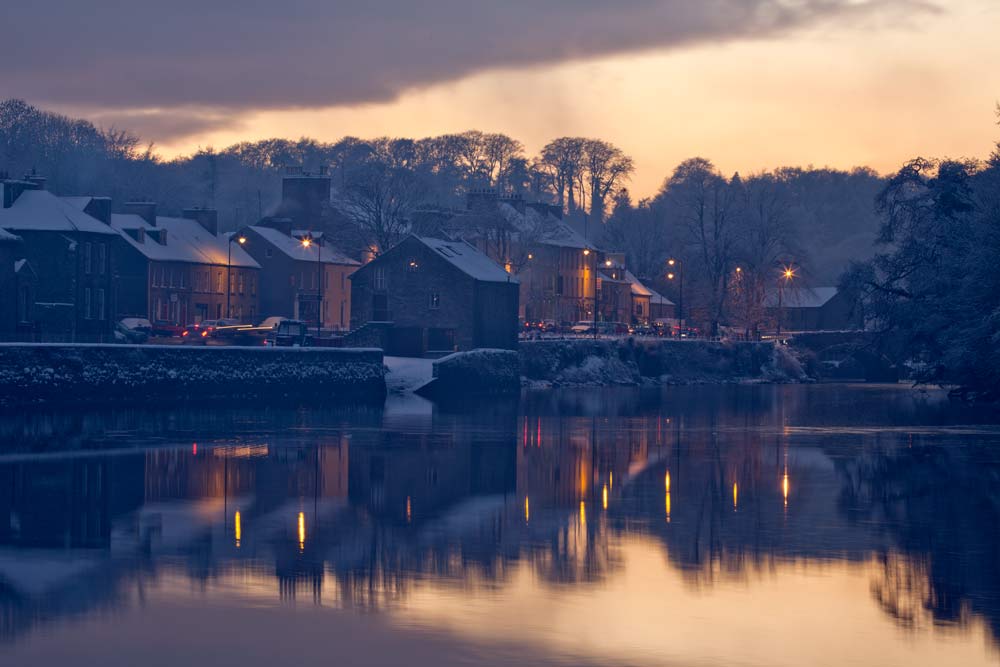 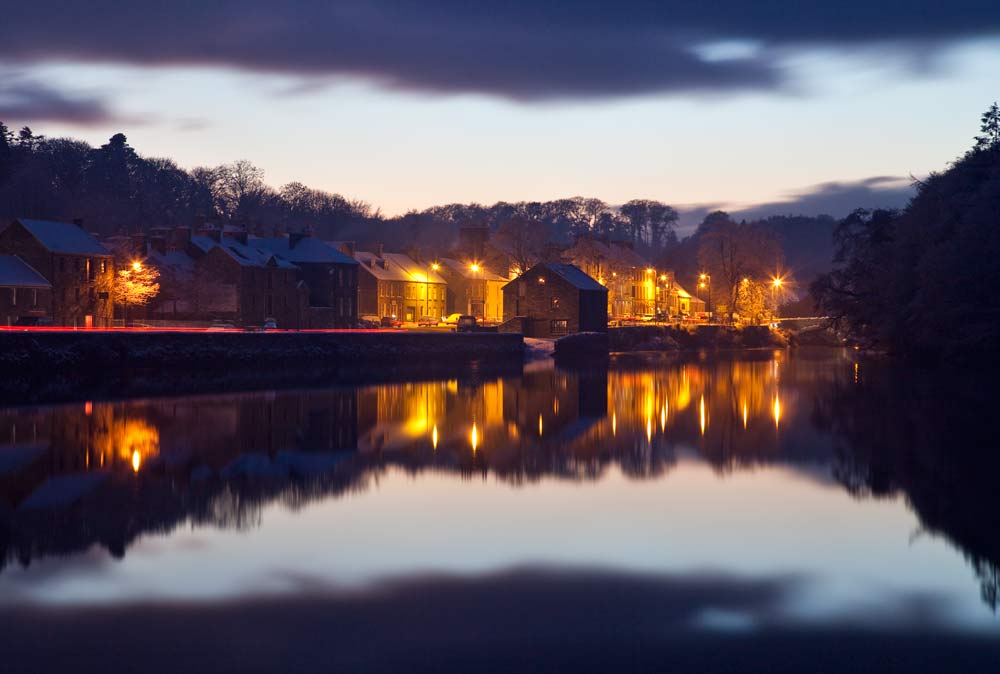 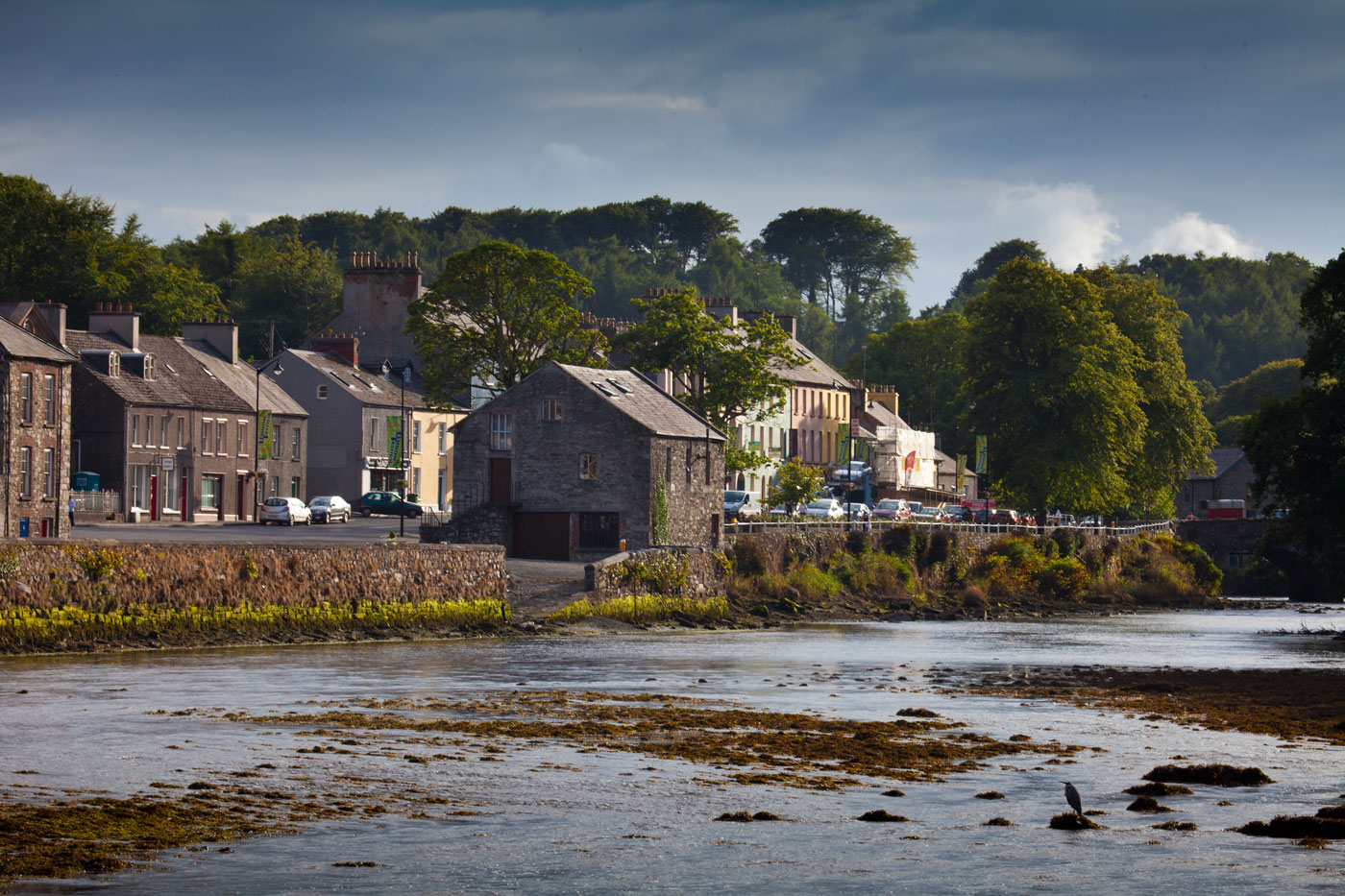 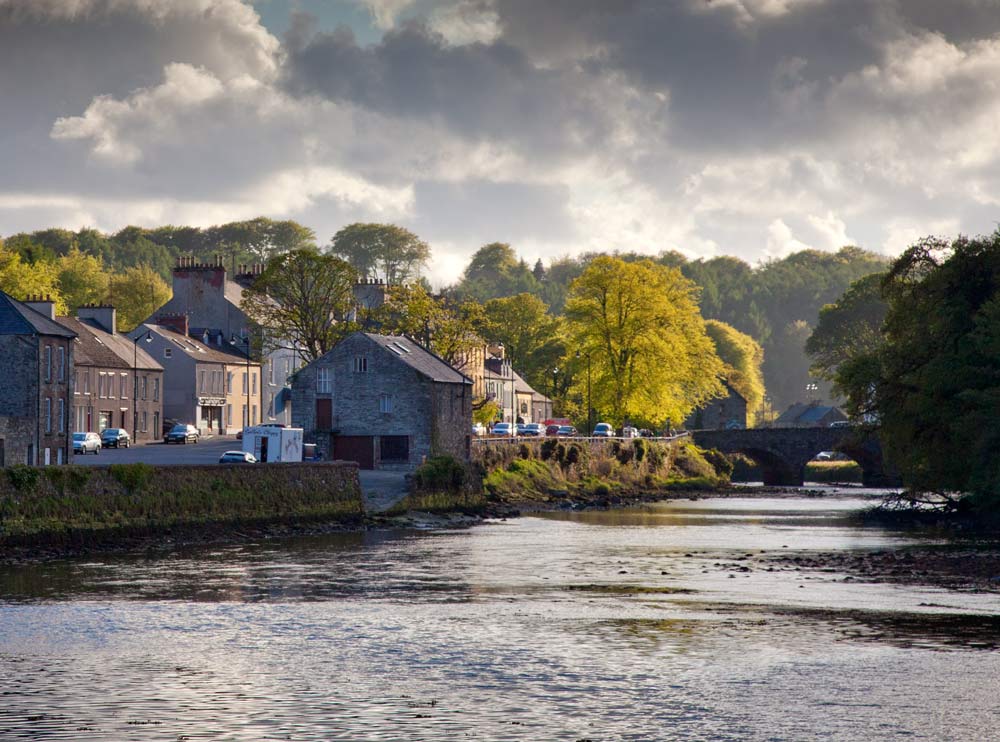 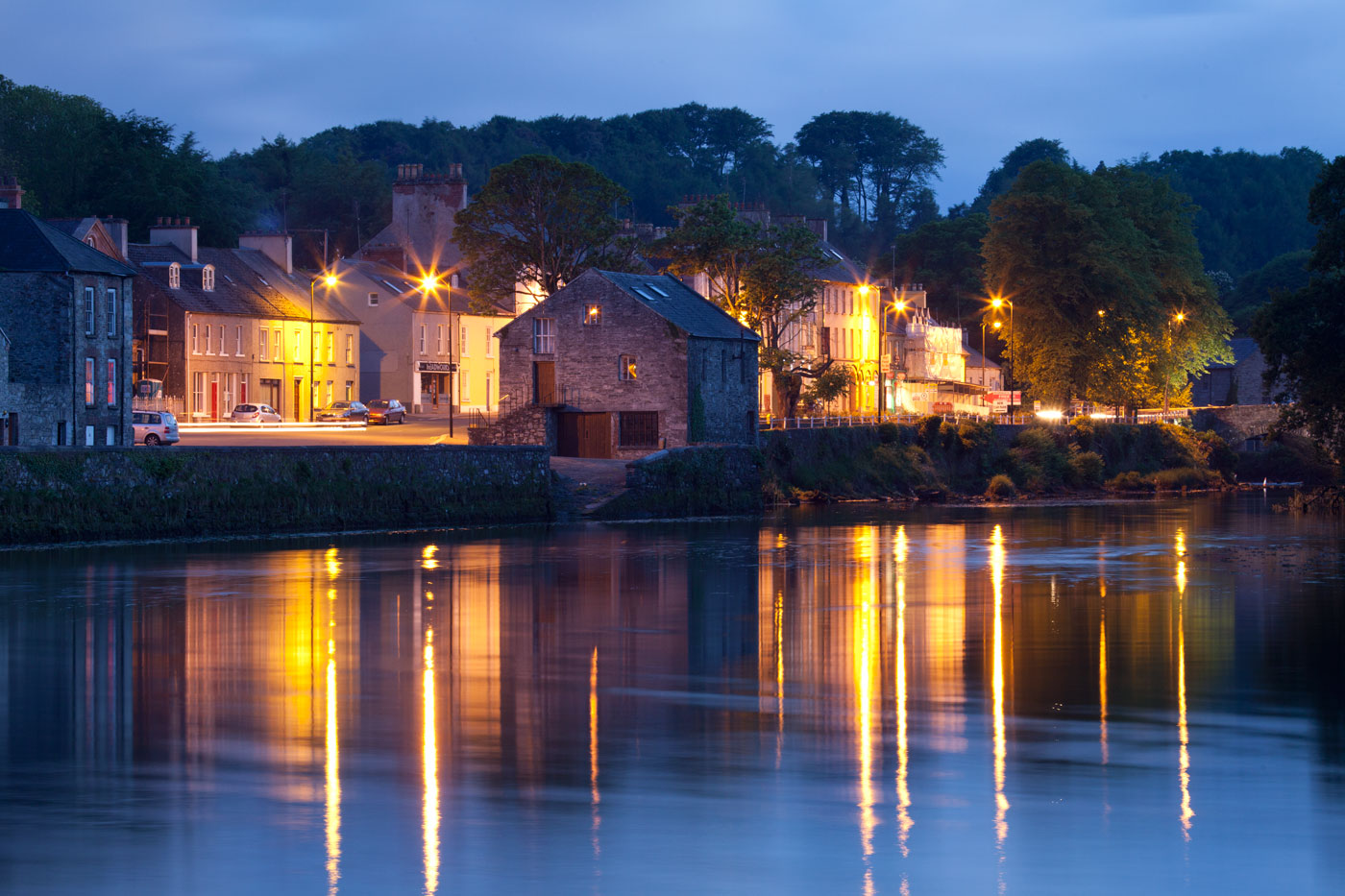 I lived in this pretty Georgian village for ten years. Most photographers tend to shoot the old warehouses along the quay (Google Ramelton and you'll see what I mean). Instead, I inverted the view and shot from the quay instead, looking back down the river towards the mall.

Its proximity allowed me to examine it in some depth. I shot it repeatedly over two years in all kinds of weather and all times of day. These few here are a small representation of the full collection, which numbers in the thousands. 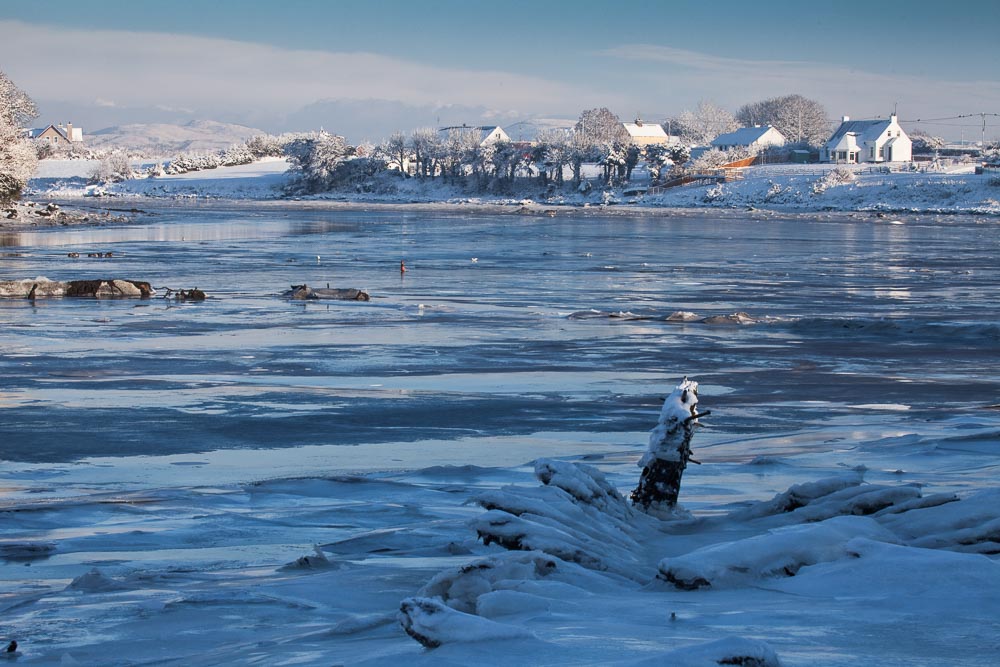 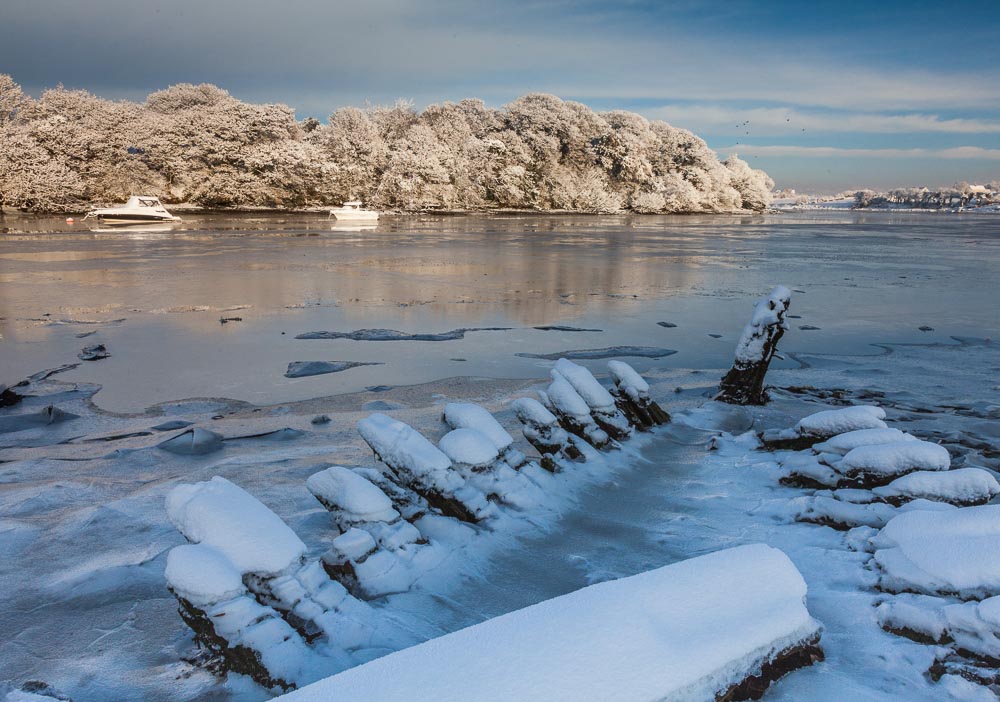 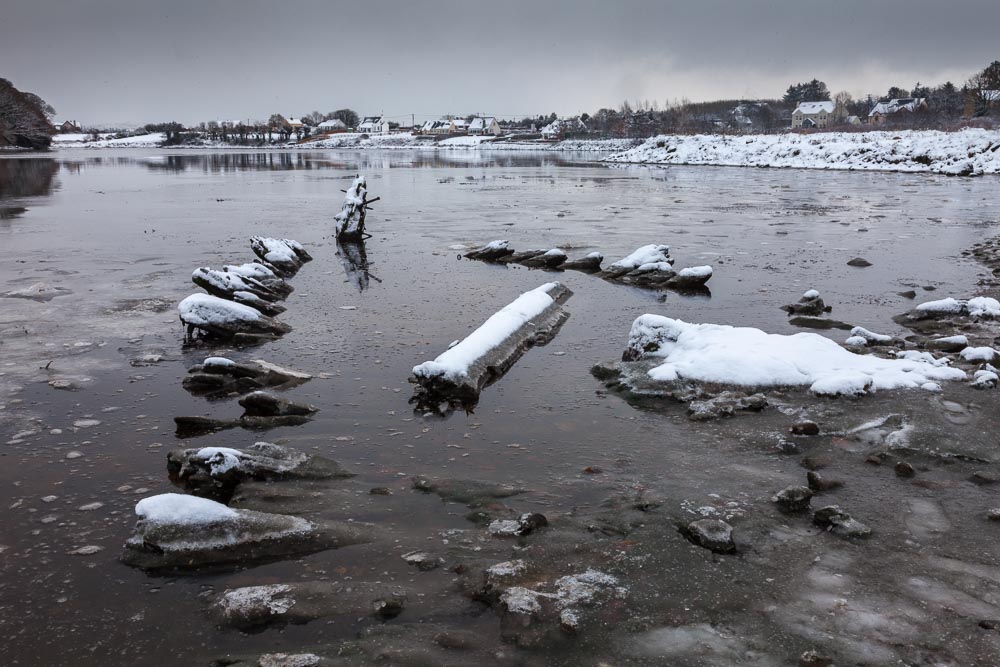 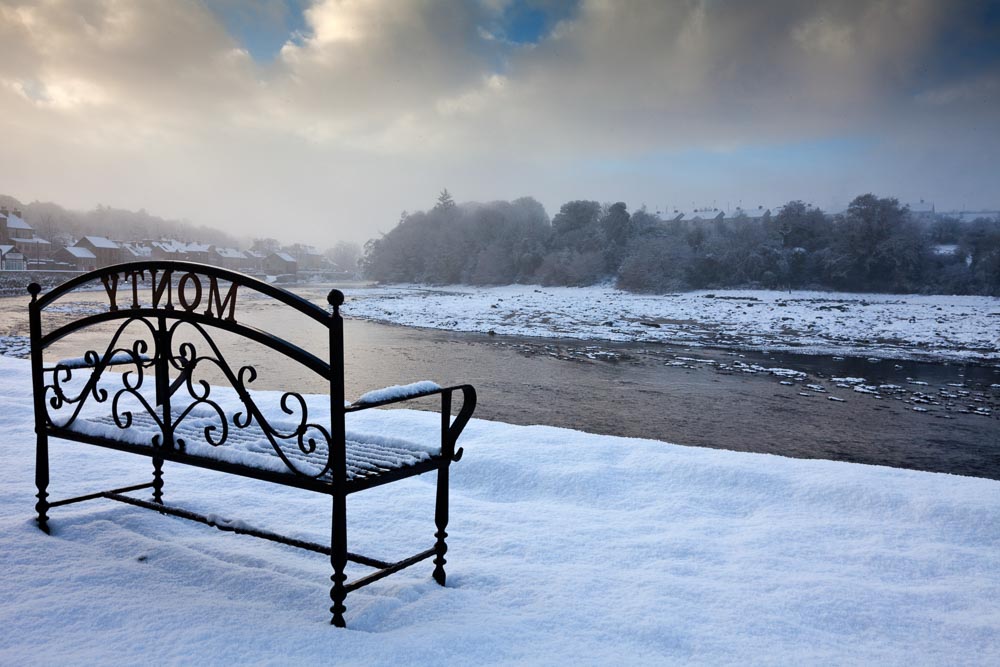 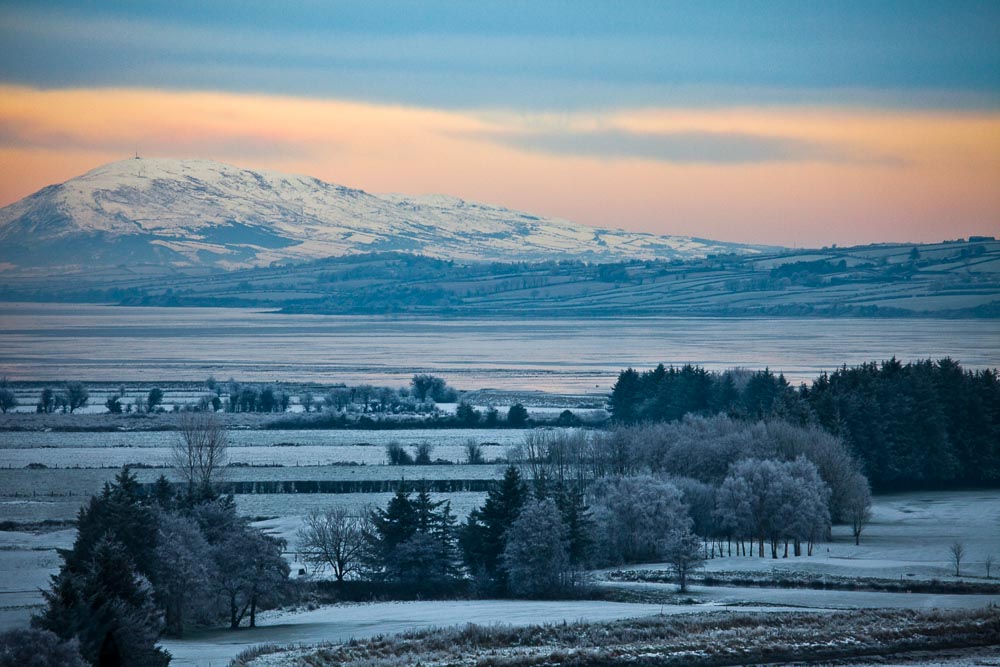 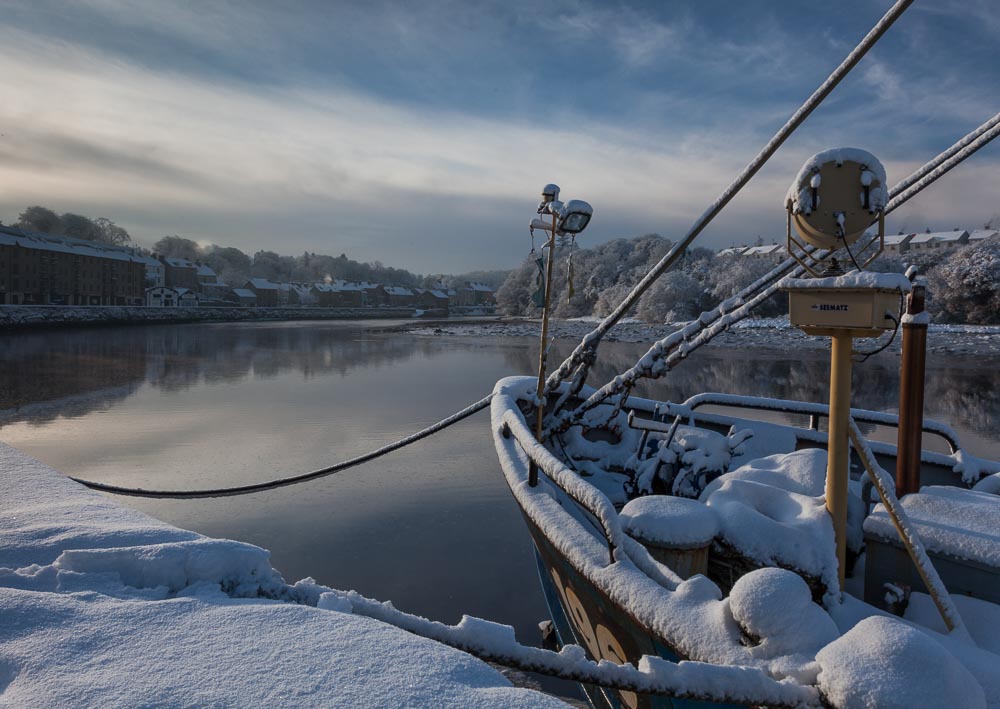 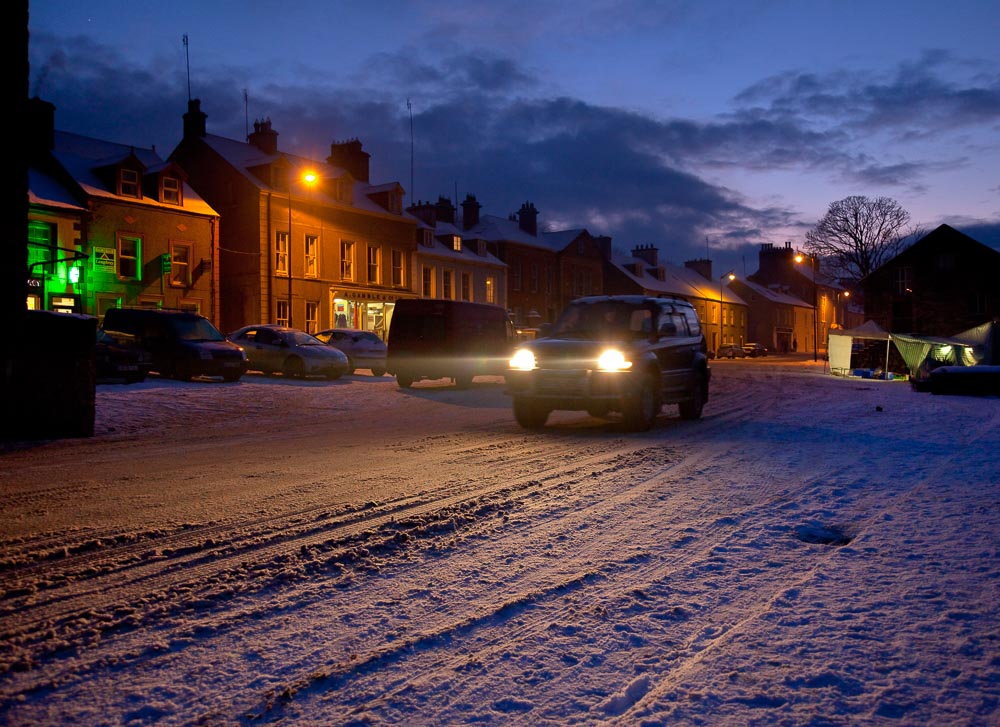 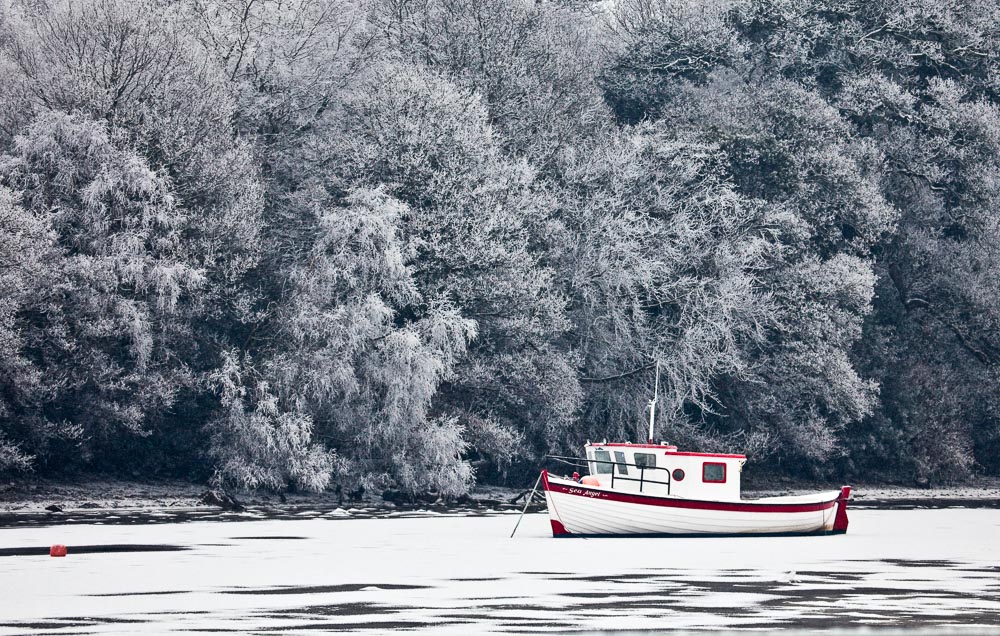 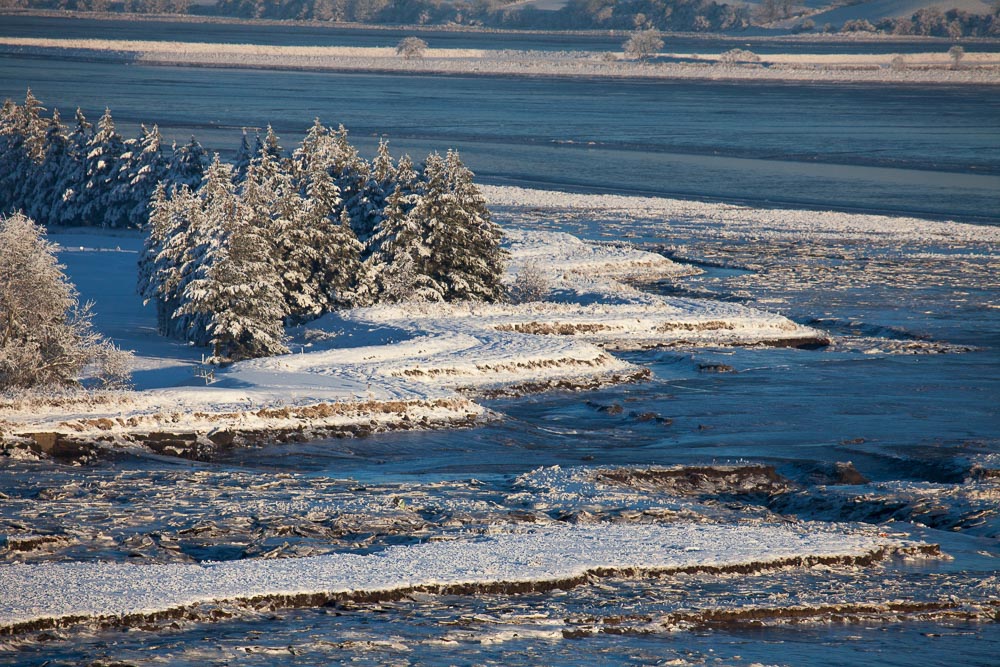 The winter of 2010 was one of the coldest in living memory. Temperatures plummeted to -15°C and stayed there for nearly six weeks. This might not seem too bad to continental Europeans and North Americans, but the typical Irish winter is much milder.

It was a frustrating time, because I would have loved to have travelled around the mountains, but the by-roads were largely impassible. My son was newly born then and I didn't want to get stuck, too far from home. These shots are mainly taken around Ramelton and Letterkenny.